I think it’s safe to say that this week pushed me past my comfort zone (ya know, where “life begins”?). And to be honest, it feels so good. Up until now I’ve described training as very “manageable” and somewhat light on volume. Well the tide has shifted and I finally feel like my journey to IRONMAN is truly starting to ramp up.

For example, Sunday I did an open water swim further away from shore than I’ve ever been (way past that comfort zone). Saturday we did a heart-pounding, hill-crushing, test-your-limits bike ride & run that left me physically depleted. Wednesday and Friday also pushed me in ways that tested my commitment and dedication and limits (more below).

A final note of thanks this week to Kim for always watching out for me, to Damien for always giving me great swimming advice, to Jason for being my fun riding buddy and for always taking that extra initiative to help out (Gu!), and of course Travis for always making us laugh. You are all so fun and unique and I’m happy to train with and learn from all of you.

Can’t wait for a fun Wildflower weekend in TWO weeks! And IRONMAN Lake Tahoe is in exactly 5 months!

Sunday morning was the first time ever I swam the perimeter of Aquatic Park (almost a mile) instead of sticking to the horizontal course closer to shore. I was pretty darn scared in the beginning because it just feels like you’re out in the middle of nowhere with the sea lions yelling at you and without many opportunities for rest spots. In fact I told my group that I wasn’t going to do it. But my coaches said I was in good hands and I should give it a try. Kim and Damien are outstanding swimmers and put our safety as #1 priority so I trust them wholeheartedly.

I jumped in the Bay and started swimming along with the group. I calmed my breathing after getting my body nice and numb from the 55 degree water and just took it slow. What made it so much more calming is that our group stopped at every major buoy to re-group and make sure everyone was OK. I’m so lucky to be surrounded by people who care so much and who push me appropriately outside of my comfort zone. Thanks guys!!

This swim was also important because I’m going to be doing the Escape from Alcatraz triathlon where I’ll be out in the choppy Bay swimming from the “Rock” to shore. So it’s time to get a little comfortable with being uncomfortable!

Saturday was one of the hardest training days I’ve done in a long time. The bike ride was extremely hilly. And just to put it into context, 100ft of climbing per mile over the course of a bike ride is generally considered pretty challenging (e.g. 3,000 ft over 30 miles). On Saturday we did 48 miles with over 6,000 ft of elevation gain! For almost the entire ride we were either climbing or descending very winding roads. And just to keep us honest our coaches threw in a 5.3 mile very hilly trail run towards the end of our bike.

So it ended up being a bike, run, bike on very tired legs for a total of almost 5 hours in the heat. It was excellent training for Wildflower (a very hilly course in hot weather) but wow that was tough! We started in Fairfax and went through Alpine Dam to the 7 Sisters back down to sea level near Muir Woods and then all the way back up!

I drank a ton of water on the bike and the run and ate a lot of Clif Blocks and had 2 Larabars but after the 5 hours were done I started to feel a little woozy and dizzy. Kim and Jason to the rescue! They literally both ran to get me sugar and Gu. You guys are the best. I was totally fine after a few minutes of sitting in the shade but man that workout totally burned me out. I think I needed to drink more electrolytes and maybe take some salt tablets to replace the stuff I sweat out.

The best part of the ride were the views! They were unreal and we were riding above the clouds, literally. We could see the entire Pacific Ocean, rolling green hills, and even the SF skyline in the distance. It truly was a breathtaking day on the bike/on the run. I tried my best to capture some photos.

At the track we had our “threshold” test to determine our run zones (below). We were told to warm up then run hard for 30 minutes around the track and make sure to capture our average heart rate. Doesn’t sound so difficult, right? Wrong. The track is so boring when you’re running at a fast effort for almost 4 miles (16 laps). It was torturous and I even love running! Back to stepping out of that comfort zone thing! Our coaches then took the data we uploaded and determined our zones. Here are mine:

Powered by Beer and Burritos

We had our monthly Thirsty Thursday with the Golden Gate Tri Club in the Mission which was awesome and a great way to meet other people in the club. You also can’t go to the Mission without eating a burrito so it was a fun night of beer and burritos. The only issue is that I had a 6 mile run to do in the morning. Yikes! But despite the slight hangover and the burrito belly I actually ran pretty fast and strong. I’m definitely not going to do this before every run but I was happy that I actually got out of bed to finish my workout for the day.

Monday night the Golden Gate Tri Club put on an event to prep for the Wildflower triathlon (2 weeks away!). Dean “the machine” Harper talked about the history of the race and gave us tips/tricks. He said that “the race starts at mile 40 of the bike” which I would agree with! The run is extremely challenging so you don’t want to burn out too fast on the bike.

He also showed us pictures of early-day triathlons which included NO wetsuits, no swim caps, and very few women. And to think this was just 30 years ago! Can’t wait to see how triathlons evolve over time.

One of the things I love about Strava is that you can follow triathlon “celebrities” such as Jesse Thomas to see what they’re doing for their training. It’s pretty cool! Not that I would ever replicate what they’re doing but I notice that Jesse in particular rarely just goes out for a long run. His workouts are very specific intervals, drills, hills, endurance, aerobic, etc. Anyway, he’s pretty funny (see screenshot below) and he’s going for a 4-peat at Wildflower this year. Good luck!

Jesse also is one of the founders of Picky Bars, one of my favorite nutrition bars to eat on the bike because they’re made by athletes for athletes and don’t contain any common allergens.

Plants for the Win!

Our campus at work has about 1000+ people and the cafeteria asked employees to submit their best sandwich recipe. There was going to be a round of voting and the top 5 sandwiches would appear as regular menu items. So I decided to submit one for the heck of it. I didn’t even tell anyone because I didn’t think I had a chance to win – “who’s going to vote for a vegan sandwich?!” The ingredients are hummus, avocado, cucumber, tomato, onion, black pepper and sriracha on whole wheat. And guess what? I WON the top 5!! So now my sandwich is a regular menu item and the Chef said it’s been a popular choice. Plantpower!!

Went to my favorite restaurant of all-time, Millennium, on Saturday night with Alexis and Todd. It’s all vegan but even carnivores love it! I ordered the Spring Harvest menu and enjoyed every decadent bite. It’s so rare that I get such a fancy schmancy meal so it was a nice treat! 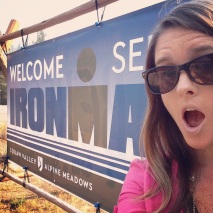 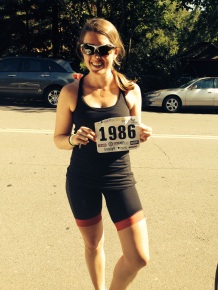 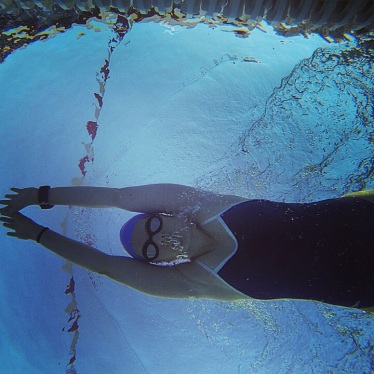 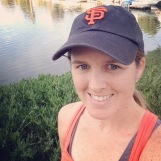 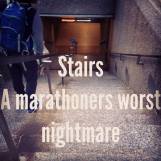 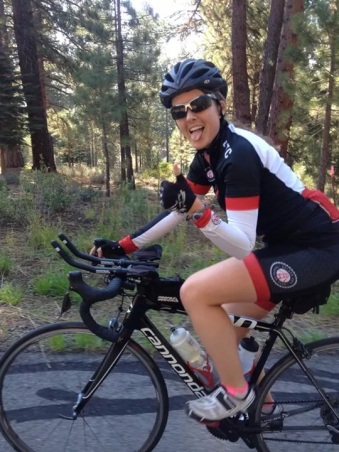 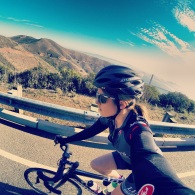 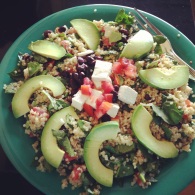 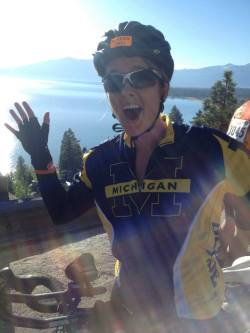 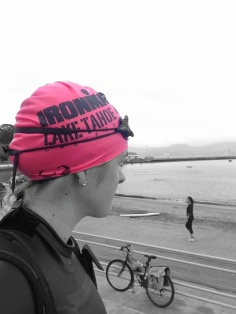 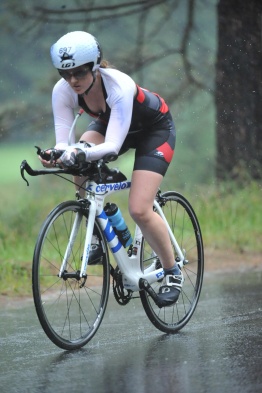 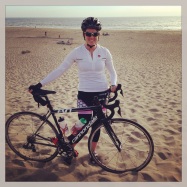 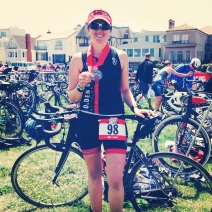 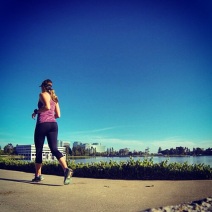 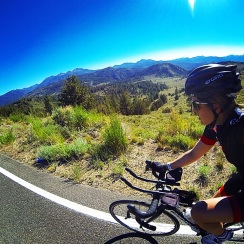 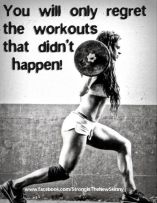 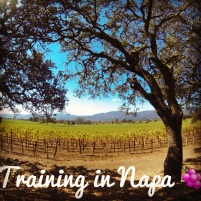 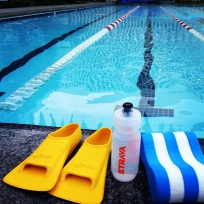 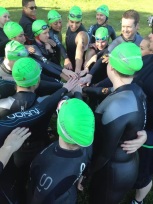 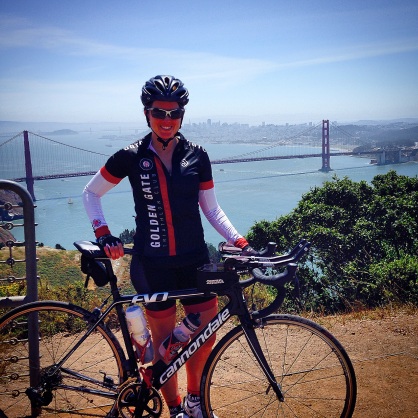 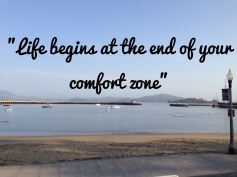 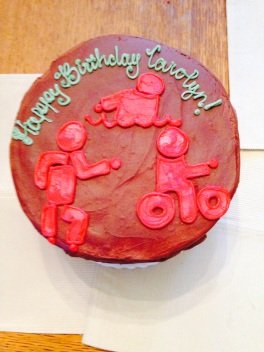